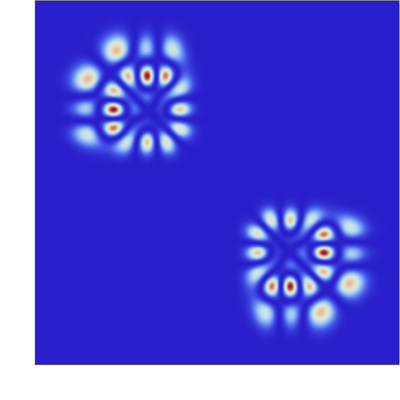 We examine the spectral structure and many-body dynamics of two and three repulsively interacting bosons trapped in a one-dimensional double-well, for variable barrier height, inter-particle interaction strength, and initial conditions. By exact diagonalization of the many-particle Hamiltonian, we specifically explore the dynamical behavior of the particles launched either at the single-particle ground state or saddle-point energy, in a time-independent potential. We complement these results by a characterization of the cross-over from diabatic to quasi-adiabatic evolution under finite-time switching of the potential barrier, via the associated time evolution of a single particle’s von Neumann entropy. This is achieved with the help of the multiconfigurational time-dependent Hartree method for indistinguishable particles (MCTDH-X)—which also allows us to extrapolate our results for increasing particle numbers.